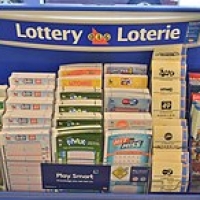 A Lawyer Speaks To Lottery Winners

I have represented many lottery winners during my career. A few have declared bankruptcy, several have gotten divorced, and one committed suicide, all after winning the lottery.

It seems inconceivable, but, as one ex-wife explained, “Before we won the lottery, my husband used to go out drinking all night with his buddies and I would lock him out of the house and he’d have to sleep in his truck in the driveway. After we won the lottery, he just got a big suite at the Four Seasons and partied all night—and never came home.” So, although winning the lottery may solve some problems, it may cause new problems your client never had before.

Someone once said, “A lottery is a tax on people who are bad at math.” Billions of dollars are “invested” in lotteries each year. On the positive side, most lottery profits are used for the public welfare, such as educational expenses. On the negative side, many people spend too much of their disposable income on the chance to win it big. The odds of winning a large jackpot run from approximately 1 in 14 million to as high as 1 in 175 million, depending on the size of the lottery. To put that in perspective: Your odds of getting struck by lightning this year are less than 1 in 1 million…yet you probably don’t believe for a second that you’ll actually get struck by lightning, do you?