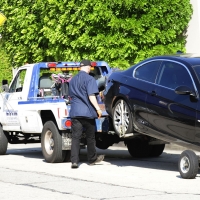 The Canadian Automobile Association hopes to help drivers avoid being gouged by towing companies with a new “Towing Bill of Rights,” which should come in handy anytime Ontario drivers need roadside assistance.

In association with the Provincial Towing Association of Ontario, the CAA unveiled Wednesday a glove box reference guide for motorists.

Nearly half of Ontario drivers still aren’t aware of all new towing industry rules put in place by the provincial government last year, according to a new CAA survey conducted by Ipsos. The guide contains a list of eight drivers’ rights, based on Ontario laws already in the books.

The same survey finds that drivers are still worried that towing companies are overcharging them or that they’re being misled by tow truck drivers as to what insurance will cover. Meanwhile, 85 per cent of respondents felt completely or somewhat unprotected by provincial laws when dealing with towing companies.

"It can often be very stressful for motorists after a collision or vehicle issue, and the Towing Bill of Rights is a quick and easy reference guide to help put the power and knowledge back in the hands of consumers,” Teresa Di Felice, a vice-president of government and community relations at CAA South Central Ontario, said in a press release.

The not-for-profit auto club is handing out 10,000 card guides to drivers in Ontario, which can also be downloaded at towrights.ca. CAA Niagara has joined the initiative while CAA North and East Ontario is supporting it, but isn’t handing out the guides.

The full ‘Towing Bill of Rights’ is:

If drivers feel they’re being treated unfairly or overcharged, they can take their complaints to Ontario’s ministry of government and consumer services.

Joey Gagne, president of the Provincial Towing Association of Ontario, said that while most tow truck companies follow the rules, some do not.

“We’re trying to get the public to be more informed so that they know when to watch for the bad apples,” he said Wednesday. "It is also important that tow truck operators understand exactly what is expected of them when a vehicle is to be serviced.”

The guide was unveiled during CAA’s tow safety week.

Because the initiative is specific to Ontario laws, similar initiatives aren’t being rolled out nationwide by CAA. In Manitoba, for example, the province’s smaller size and the fact that its tow truck operators are CAA employees who must adhere to CAA standards mean similar awareness campaigns might not be necessary.

“Elements of what they’re doing are already woven into things we do here,” said Liz Kulyk, spokesperson for CAA Manitoba, who added that she does support Ontario’s initiative. Annie Gauthier, a CAA Quebec spokesperson, said there aren’t plans to provide a specific guideline for that province either.

In the Atlantic provinces, Gary Howard, CAA’s vice president of marketing and communications for the region, said drivers aren’t facing the same levels of gouging. He added that tow truck operators are CAA employees who must adhere to internal standards to protect their consumers.