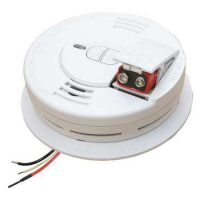 And if your smoke detectors aren’t battery operated or don’t have a battery backup – replace them.  Detectors hard-wired into your electrical system won’t work during a power outage, and we all know that can happen anytime.