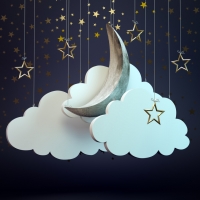 Do you have a dream but think you lack the skills to achieve it?

Born in 1888 as the youngest of eight children, Berlin’s family emigrated from Russia to New York in 1893.  His father died when Berlin was eight, and as a young boy Berlin sold newspapers on the street to help support his struggling family.  He left home at 14 and began singing in New York saloons for spare change, then went on to work as a singing waiter in Chinatown.  With just two years of school and no formal music education, Berlin managed to get work as a lyricist on New York’s Tin Pan Alley, the center of the American music publishing industry in the late 19th and early 20th centuries.

Berlin had difficulty writing English and had to pick out his melodies on the piano with one finger, so after he composed a song he’d either sing or play it for an assistant who would transcribe it into musical notation.  His own system of creating served him well:  Seventeen complete musical scores for Broadway shows, musical scores for 18 Hollywood movies, and a total of more than 1,200 songs, 25 of which reached #1 on the popular music charts.  In fact, if you’ve sung God Bless America or White Christmas, you’ve sung an Irving Berlin song.

Not bad for someone who “lacked the skills” of reading and writing music!