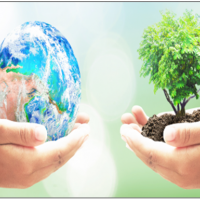 April 22 is coming up. So what, you ask? April 22 is the 51st Earth Day, which is observed in many countries. The day was created from reaction to a massive oil spill in waters near Santa Barbara, Calif., in 1969. In honor of Earth Day, here are the latest sobering facts:

The year 2013 was one of the hottest years ever recorded on Earth. 2013's global land/ocean average surface temperature was 1.08°F above the 20th century average.

Down under, Australians sweated through their hottest summer ever and New Zealanders enjoyed their hottest winter ever. Meanwhile, Alaskans gleefully headed for the beach in Anchorage.

The planet’s top ten warmest years on record have all taken place in the past fifteen years. The last time the global temperature for any month dipped below the 20th century average was February 1985.

The Asian Development Bank projects that Asia’s thirst for energy will grow by 2.1 percent per year through 2035, exceeding the global average rate of 1.5 percent. But Asia’s energy appetite may yet be curbed. Many nations in the area are pursuing bold policy and technology targets that are poised to make a serious dent in demand growth. And sustained investments in energy productivity like these can be stunningly effective. For example, one astonishing result of America’s energy efficiency efforts over the past four decades is that the country, believe it or not, uses less oil now than it did in 1973.