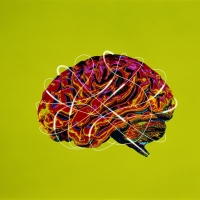 Eating Disorders Are In Your Head

Most of us know that eating disorders are somewhat in the head, but what we may not know is that there is a specific location in the head, according to scientists studying the relationship between eating and the brain.

In a study presented at the annual meeting of the Cognitive Neuroscience Society, researchers measured the brain activity of a wide range of subjects, from the anorexic to the morbidly obese.

Participants were given fMRI brain scans while viewing images of high-calorie food, then fed, and then scanned a second time. Subjects on the anorexic side of the scale, who were scanned before eating, exhibited lower than normal activity in regions of the brain associated with feelings of reward; those on the opposite extreme who were scanned before eating demonstrated a higher than normal response in the reward areas of the brain.