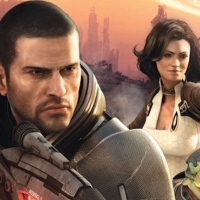 Maybe so, according to experiments conducted by researchers at Ohio State University.

First, they had to find a relaxing video game. They settled on Endless Ocean, which simulates scuba diving and gentle underwater exploration. Then they took a group of 150 college students and randomly assigned them to play either a violent game like Resident Evil 4, a “neutral” game like Mario Galaxy, or Endless Ocean.

After the games, the students were asked to participate in a test of reaction times against another player (who didn’t’ actually exist). The stakes: Winners would receive a small amount of money for pressing a button faster than their competitor; losers got blasted with a loud noise through headphones. The amount of money and noise were up to the students.

Those who had played the violent game tended to be more aggressive in the test, inflicting louder and longer blasts on their nonexistent opponents. Players of the peaceful game granted their adversaries more money for beating them than their violent counterparts.