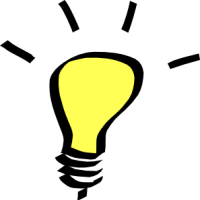 He Found Great Value In Disaster

Thomas Edison (1847-1931) was possibly the greatest   inventor who ever lived.  He received more than 1,000 patents in his lifetime, many for items we take for granted today: the alkaline battery, the motion picture camera, the phonograph and, of course, the light bulb.  There’s a story that it took  Edison more than 2,000   experiments before he got his light bulb to work.  When a reporter asked him how it felt to fail so many times, Edison said, “I never failed once. I invented the light bulb. It just happened to be a 2,000-step process.”

Edison opened his most   famous laboratory in 1876 in Menlo Park, New Jersey. In December, 1914, the laboratory was virtually destroyed by fire. Although the damage exceeded$2 million, the buildings were only insured for $238,000 because they were made of concrete and thought to be fireproof.  Much of Edison’s life’s work went up in spectacular flames that December night.

At the height of the fire,    Edison’s 24-year old son, Charles, frantically searched for his father among the smoke and debris. He finally found him, calmly watching the scene, his face glowing in the reflection, his white hair blowing in the wind.  “My heart ached for him,” said Charles. “He was 67 – no longer a young man – and everything was going up in flames.” The next morning, Edison looked at the ruins and said, “There is great  value in disaster.  All our mistakes are burned up.  We can start anew.”

Three weeks after the fire, Edison completed his first phonograph.

Edison also said, “If we did all the things we are capable of, we would literally astound ourselves.”