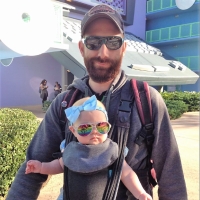 The story goes that Sonora Smart Dodd, was attending one of the first official Mother’s Day services in 1909, when she had an epiphany—if mothers deserved a day in honour of their loving service, why not fathers?

When Sonora was 16, her mother Ellen died, leaving William Jackson Smart as a single  father to Sonora and her five younger brothers. And by Sonora’s account, he performed    brilliantly, “He was both father and mother to me and my brothers and sisters.”

In 1910, Sonora brought a petition to recognize the courage and devotion of all fathers like William on June 5, her dad’s birthday. The local clergy liked the idea of a special Father’s Day service, but couldn’t pull something together so quickly, so they settled for June 19, the third Sunday in June.