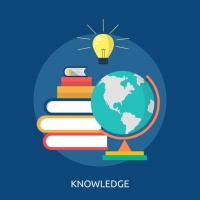 Knowledge Is A Matter of Perspective

Have you ever been frustrated trying to explain a seemingly obvious idea to someone who just doesn’t get it? That’s been described as the “curse of knowledge”.

An experiment asked subjects to tap out the tune of a popular song (like “Happy Birthday”) on a tabletop; others were assigned to listen and identify the song.

The tappers could hear the song in their heads, but the listeners were only aware of a series of sounds. It seems that once we know something, we can’t imagine what it’s like to not know it—which may explain a lot of the communication problems that afflict neighbors, political opponents, and even longtime spouses.