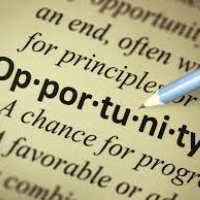 According to a CareerBuilder survey, 54 percent of people who landed new jobs last year found themselves working in new fields. If you’re searching for a job, this may be an opportunity to explore something you’ve always wanted to do, like these people:

¨ A veterinary assistant reeducated and took a job as an engineer.

¨ An engineer took a job as a truck driver.