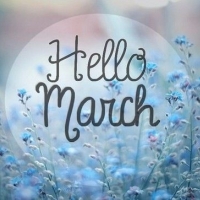 · The saying “In like a Lion, Out Like a Lamb” refers to a prediction about the weather. If it’s stormy and raining in early March, it will be mild and pleasant in late March and April. This was probably more true of Wales, where the phrase is thought to have come from.

· Until well into the 1700’s in some places (including the American colonies), March was the first month of the year, and New Year’s Day was March 25th.

· The word March is thought to stem from Mars, the God of War. Soldiers considered the new year of marts to be a time for preparation for war.

· March is the signal in many parts of the Northern Hemisphere for grass to spring forth. Be ready to mow your lawn more frequently to maintain its health, but don’t fertilize unless you want to mow twice a week! Save fertilization for the fall when the roots need extra nourishment for winter.