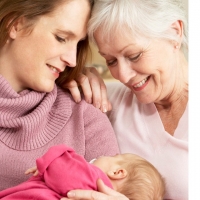 Mothers: They Are Human Too!

Being a mother can be stressful. But admitting that you sometimes need a break can be hard, given the expectations that society has for the “perfect” mother. A survey of some 25,000 moms (reported on the Parenting.com website) uncovered some secrets about what mothers want, and don’t want, from their lives. Some of the longings and preferences the mothers admitted to were:

• 23 percent say what they want most is some time alone.

• 49 percent have sent their children to school knowing that they were sick.

• 18 percent have medicated their children to ensure a quiet car trip or flight (and 8 percent have done so for the sake of a quiet night at home).

• 88 percent admit they harshly judge other mothers for such things as a child’s misbehavior or weight.

• 14 percent admit to favoring one child over another.

• 84 percent admit they have used their parental responsibilities as an excuse to avoid other obligations.