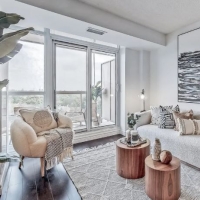 Talk of rising interest rates may create a spurt of buying in the real estate market as buyers rush to get in ahead of rate hikes. But rich prices across most of the country – combined with higher rates – may lead to a cooler market in 2022.

Jordan Pal, real estate agent with Kroll Real Estate Ltd., still sees buyers leaving Toronto but he has seen a shift in their motives. The lack of affordability in the city is pushing people out to the suburbs, he says, rather than an urge to get away from human interaction during the pandemic. “I don’t think it’s the same trend of people trying to get away out of fear of this virus.”

In 2020, many people left the core as they sought to get away from condo towers with crowded elevators and a lack of outdoor space. Some homeowners wanted to trade cramped downtown lots for a larger spread and a pool in the 905 region.

Some city dwellers are still looking for more space as they continue to work from home or their family expands. Hamilton to the west, Durham Region to the east, and Vaughan and Markham to the north have seen some of the largest price swings, Mr. Pal says. “The suburbs are an absolute fortune.”

Craig Wright, chief economist at Royal Bank of Canada, is predicting continued strength in housing demand for the foreseeable future, but he expects prices to flatten in the second half of 2022. Wright points out that household savings rates swelled to historic levels during the pandemic: today Canadians have approximately $280 billion sitting in bank accounts. The federal government’s immigration targets will put additional pressure on the demand for housing, he adds. Affordability will remain a challenge as rising real estate prices and interest rates coincide with declining income gains when sizeable government programs are rolled back, says the economist, who forecasts the Bank of Canada’s key overnight rates will be 50 basis points higher by the end of 2022. Mr. Wright cautions that RBC sees a small risk of a larger move by the central bank. “If it were to happen, it will significantly hit affordability and the housing market.”

But he adds that RBC’s base case scenario is for the housing market to cool, not collapse. Affordability has been on the minds of Mr. Pal’s clients. He recently worked with a buyer who purchased a house in Hamilton. “If you want to talk about bidding wars, that’s where they are. It’s just a frenzy to buy into those old, post-war neighborhoods.”

In Toronto, the action is strong but not frenzied, Mr. Pal says. Many agents still use the strategy of setting a low asking price and holding back offers until a scheduled date and time. “It is a strategy that works – it is a lot better than listing it high and letting it sit,” he says.

Mr. Pal says some people are looking at the prices of houses in the suburbs and deciding to stay in Toronto for the amenities and access to transit. “It might have created a resurgence in condos.” Mr. Pal recently drew eight offers for a 550-square-foot condo unit near Mount Pleasant Road and Eglinton Avenue East. Mr. Pal set an eye-catching asking price of $548,000 for the unit at 900 Mount Pleasant Rd. He scheduled an offer date one week later and the unit sold for $640,000. He says most of the buyers looking in that price range seem to be people who plan to live in the unit. Investors who would like to rent out a unit are finding it hard to see positive cash flow, he says.

Mr. Pal is continuing to bring out new listings, even in mid-November. But Mr. Pal recently listed a one-bedroom, 577-square-foot condo unit for sale in Mimico because that segment is performing well at the moment. Traditionally, sellers have often waited until spring rather than put a property up for sale heading into the holiday period. “There is nothing conventional about the times we’re living in,” he says.

Davelle Morrison, broker with Bosley Real Estate Ltd., says her team sold four condo units in the first week of November. She says the fall market is tailing off and some buyers are already thinking about the holiday season, but there is also very little supply. “It’s definitely worth listing if you’ve got something to list,” she says. She is planning to launch a listing for a one-bedroom unit near Queen Street West and Spadina Avenue with an attention-grabbing asking price of $499,000. She will hold back offers for the unit with more than 800 square feet of living space. That price puts the unit at the lower end of one-bedroom condos. “That’s why I think it will be popular,” she says.

While many economists are predicting an increase in interest rates, Ms. Morrison is not so sure that those forecasts will cause house hunters to rush to get in ahead of any hikes. Rates are so low that she doesn’t expect modest increases to spook buyers, and she wonders if Canadians are getting tired of that narrative. They’ve been warned about rising rates many times before.

“I think buyers are getting perspective on that, so I think they’re not panicking,” she says. Meanwhile, buyers who can’t find a single-family house to buy are biding their time, she says. One couple has three children, and they’d like to move from their three-bedroom semi-detached to a larger house, she says, but she can’t find anything to show them. The family has a budget of just under $2 million. If they could find a move-up house, they would list the semi – even heading into winter. “They’re not so concerned about the timing – they just want to find something to buy,” Ms. Morrison says.

She calls the current market “transitional” because buyers and sellers are already looking ahead to holiday get-togethers after most celebrations were cancelled in 2020. She’s already sensing a waning of attention. “It’s not the full-steam-ahead market,” she says. “People are ready to party. They’re ready to see each other again. I don’t know if their focus is going to be on house hunting.”