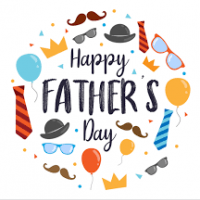 The Founding Of Father’s Day

The founder of Father’s Day was Sonora Smart Dodd, according to many historians. She was the daughter of a widowed Civil War veteran who had raised her on his own. Dodd came up with the idea when listening to a Mother’s Day sermon in 1909. She held her own special tribute for her father on June 19, 1910, in Spokane, Washington, and began a campaign for an official celebration thereafter.

Initially the idea of Father’s Day was met with skepticism in the US. But in 1926 a National Father’s Day Committee was formed in New York City, and in 1966 President Lyndon Johnson signed a proclamation designating the third Sunday in June as Father’s Day. But it wasn’t until 1972 that President Richard Nixon officially recognized it as a national holiday. The holiday migrated to Canada soon after.