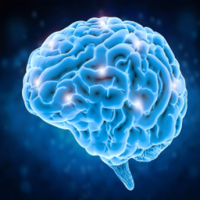 The Science Of Memory

Memory can be elusive. But some scientists have identified an enzyme that may boost recall of forgotten memories—or help people purge those they don't want to retain.

Scientists studying the enzyme PKM-zeta have found that by blocking it in the brains of rats, they could force rats to forget certain learned behaviors, such as avoiding a liquid that made them ill. A team of researchers from Israel and the US did the reverse, injecting rodents with viruses that carried genes to stimulate production of PKM-zeta. The enzyme appeared to help the rats access behaviors that had passed from short-term to long-term memory.

Adapting the treatment to humans suffering memory loss (or wanting to erase traumatic memories) is a long way off, however.

Until scientists can determine exactly where specific memories are stored in the brain, manipulating levels of PKM-zeta or any other enzyme could have unexpected results.