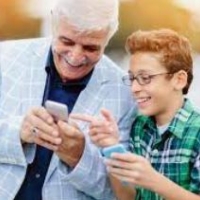 The Teen Slang Dictionary for Parents

Each generation develop a unique language of their own. Think "outta sight," "phat," "rents," "radical," and "peace out." But even though you're a part of youth culture (and the slang that defines it) when you're young, it gets harder to "keep up with the joneses" when you become a parent.

Trying to figure out what teens are saying is increasingly challenging, as the explosion of social media, memes, digital communication, and the ever-present-cellphone means teen-speak is evolving faster than ever. Essentially, if you blink, you're likely already out of touch. Most of these words simply disappear as they lose favour with kids and are almost instantaneously replaced with new ones.

It's important to educate yourself about common teen slang so that you understand what your teen is talking about—both online and in-person.

Teen slang words may be confusing to those not in-the-know, but most are harmless and a part of a teen's identity. Kids use these words to exert independence, sound cool, and/or to fit in with their peers. They seek to differentiate themselves from their parents and want to feel unique, free, and even revolutionary. Using slang helps teens do that while also bonding with friends.

Below are some common teen slang words you might hear:

Teen slang changes continuously. If you aren't sure what a slang term means, the website Urban Dictionary can help. It's dedicated to keeping up with today's slang and is a resource that parents can use. Be warned, however, as it features user-submitted content that may be crude.

Additionally, you can simply try asking your teen—or other teens you know—to translate slang you don't understand. Bringing up these words with your teen may be awkward but might also provide a doorway to important conversations with your child.