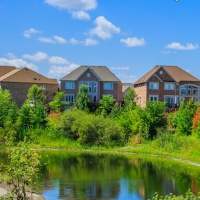 What Just Happened to the Canadian Real Estate Market?

Are the effects of the Bank of Canada’s (BoC) tightening cycle being felt in the Canadian real estate market?

For at least two years and probably longer than that, the nation’s housing market has been sizzling, with nearly every pocket of the country experiencing soaring prices and impressive sales activity. The laws of supply and demand have been in full force since the beginning of the coronavirus pandemic – inventory is low and demand has been strong – but historically low interest rates have also played a significant role.

When rates are low, prospective homeowners can take advantage of monetary conditions to increase their purchasing power and outcompete other buyers who may be interested in the same property. Now that rates are on the path to normalization, the same activity level will be challenging to emulate.

Is the central bank dousing the sizzling housing boom? The data suggest that higher rates are easing buying trends in many parts of the Canadian real estate market.

What Just Happened to the Canadian Real Estate Market?

According to the Canadian Real Estate Association (CREA), national home sales tumbled 12.6 per cent month-over-month in April. Although the number of transactions was 25.7 per cent below the last year’s record-breaking April, this represented the third-best April on record, sitting behind 2021 and 2016.

In April, the national average home price advanced at an annualized pace of 7.4 per cent, climbing to $746,000. Also, on a month-over-month basis, the Aggregate Composite MLS® Home Price Index (HPI) slid 0.6 per cent. This was the first monthly drop since April 2020.

In addition, the number of months of inventory, which gauges the amount of time it would take to exhaust current supply levels at the present rate of sales activity, measured at 2.2 months. This historically low figure was also below the long-term average of five months for this time of the year.

“After 12 years of ‘higher interest rates are just around the corner,’ here they are,” said Shaun Cathcart, CREA’s Senior Economist, in a news release. “But it’s less about what the Bank of Canada has done so far. It’s about a pretty steep pace of continued tightening that markets expect to play out over the balance of the year because that is already being factored into fixed mortgage rates.”

“It won’t take much more movement by the Bank of Canada for this to start to affect the variable space as well,” the economist added.

The positive development in the Canadian real estate market, at least from the perspective of homebuyers, is that with declining demand, greater supply could coming to the market.

“On a trend and monthly SAAR basis, the level of housing starts activity in Canada remains historically high, hovering well above 200,000 units since June 2020 and increased from March to April,” said Bob Dugan, CMHC’s Chief Economist, in a news release. “The increase in monthly SAAR housing starts in Canada’s urban areas was driven by higher multi-unit and single-detached starts in April. Among Montreal, Toronto and Vancouver, Toronto was the only market to post a decrease in total SAAR starts, which was driven by lower multi-unit and single-detached starts.”

With inflation running hotter than many economists expected, the BoC and its central bank counterparts could turn more hawkish this year and heading into 2023. Rising interest rates in an effort to tamp down inflation could also impact Canadians’ ability to purchase a home, which could hit average home prices.

Still, prices remain close to 30 per cent higher than in December 2019. Plus, with greater levels of immigration happening in the coming years and the industry still experiencing a shortage of housing supply, the situation could be “fairly manageable,” says Jimmy Jean, chief economist and strategist for Desjardins.

“Housing is an investment normally you make for the long-term,” Jean said in the report. “Ultimately, you’re buying a product to raise a family, to live into. So, over the long term, things will stabilize and pick up again. So, it’s not a major concern from that perspective.”

There could be a consequence of higher prices: Homeowners unable to afford their homes. A recent Manulife survey revealed that about one-quarter of homeowners would need to sell their residential properties if rates go up even more.