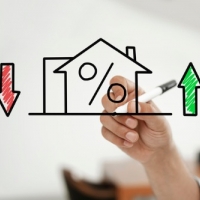 What you need to know about the new stress test

The sky-high prices of major housing markets in Canada have moved the needle for the government and regulators to change the stress test.

The federal government announced recently that the new benchmark rate for insured mortgages will be the weekly median five-year fixed insurance mortgage rate from mortgage insurance application plus 2%.

Finance Minister Bill Morneau said the change will allow the stress test to rise and fall depending on the median interest rates of lenders. At the same time, this new benchmark will ensure that Canadians are only borrowing what they can afford.

"We think these are positive moves to ensure that the approach remains effective for Canadians and that it also deals with changing market conditions," Morneau said.

The Office of the Superintendent of Financial Institutions (OSFI) is considering the same stress test for uninsured mortgages. Currently, the minimum qualifying rate for this segment is the higher of the contractual mortgage rate plus 2% or the five-year benchmark rate published by the Bank of Canada.

OSFI will be open to comments and input stakeholders about the proposal until March 17. Following the review, it will announce the new guidelines for uninsured mortgages by April 1 and will implement the changes by April 6.

Ben Gully, assistant superintendent for regulation at OSFI, said the potential changes to the stress test for uninsured mortgages would address the limitations of the current benchmark rate while maintaining the integrity of the mortgage underwriting guideline (B-20).

"Sound mortgage underwriting and B-20 contribute to financial stability throughout the economic cycle. Continually reviewing our prudential measures is part of an effective regulatory framework," he said.

In a think piece, Better Dwelling co-founder Stephen Punwasi said the changes could increase the purchasing power of borrowers by around 3%, which is almost the same size as the First-Time Home Buyer Incentive (FTHBI).

"Even though it doesn't seem like much, it's likely to have a material impact. The FTHBI has only delivered $53m of assistance across the country. However, it did send a shiver of fear-of-missing-out through buyers. The incentive lifted expectations of more buyer competition. That helped many millennials fearful of being locked out of the market accelerate their purchase," Punwasi said.