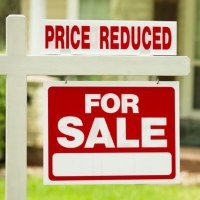 Will there be a Canada Housing Market Crash?

TD’s latest Provincial Housing Market Outlook, released at the end of June, projected that home prices in Canada are set for a further fall in the current rising-rates environment, with a 19% peak-to-trough decline anticipated between the first quarter of this year and Q1 2023.

That report indicated little prospect of an overall housing market meltdown, noting that home prices are likely to grow modestly after 2023’s first quarter with “some recovery” expected in national housing demand.

While home prices across the country will continue to moderate, they’re still set to remain significantly higher than they were at the beginning of the COVID-19 pandemic in March 2020, he pointed out.

“There’s a 19% peak-to-trough decline baked into the forecast – that only partially retraces the near-50% increases that we saw over the course of the pandemic,” he said. “So, it’s more of a recalibration.”

Perhaps inevitably, home sales and price deterioration are likely to be most pronounced in the British Columbia and Ontario markets, traditionally the country’s two hottest regions for real estate.

Alberta is expected to see a significant cooling-off from the record housing market highs of recent times – although it probably won’t rival BC and Ontario in terms of the extent of price and activity declines, Sondhi said.

“It could surprise a few people that prices are falling there given that affordability is still quite good and that market was experiencing falling prices for several years,” he said. “You’d expect it to be one of those markets that could absorb fires and still do OK from a price perspective. But the level of activity got so far ahead of itself in 2021 – it’s correcting from extremely elevated levels of activity.

“That’s kind of behind the price decline there. But again, markets are quite a bit tighter in Alberta than they are in BC and Ontario for sure. So even if there is a price drop, we don’t think that it’s going to be as severe as the other two jurisdictions.”

Another noteworthy housing market trend this year has been that prices did not fall in Quebec between February and May, Sondhi said – something of a surprise, considering that affordability deteriorated there to a significant degree (although not as much as in Ontario and BC).

“One would expect downward pressure on prices in that market, which to a large degree hasn’t really materialized yet,” he said. “But that doesn’t mean that it won’t.”

Rising interest rates have been some of the main reasons for the overall slowdown in Canada’s housing market this year, and the Bank of Canada looks set to pour further cold water on sales activity in its decision on July 12th on its benchmark rate.

An oversized rate increase, which would mark the central bank's fourth consecutive rate hike of 2020, is widely anticipated, with a consensus emerging among leading economist that a three-quarter-basis-point raise is in the cards.

To date, the Bank has increased its benchmark rate by 0.25% and in two half-point hikes in its previous three announcements. A three-quarter-point hike would replicate the last decision made by the US’s Federal Reserve, which increased its own policy rate by 0.75% in response to surging inflation.

A housing market slowdown almost certainly won’t cause the Bank to change its approach on its rate-hiking trajectory, Sondhi said, although higher rates and monthly mortgage payments will have an impact on other sections of the economy.

“Canadians [who are] highly indebted are probably more sensitive to rising interest rates,” he said. “What that has to do with the housing market is that they’re carrying a lot of mortgage debt. That’s another channel through which the housing market could flow through to other [areas], and slow economic growth.  Our base case is that inflation is going to remain elevated. It's inflation that (the Bank is) worried about. Not only would it take a downturn in the housing market, but it would take significant spillover to other parts of the economy, and slower than anticipated overall economic growth, for them to sort of change course."