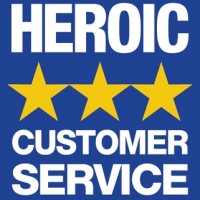 Excellent customer service comes from people who care, not company policy. Take this example of a front-desk clerk at Walt Disney World’s Polynesian Village resort. As a guest was checking out, she told the desk clerk that she had a wonderful visit but had been heartbroken when she lost several rolls of film she hadn’t yet        developed. The clerk not only sympathized with the guest, she also told the woman to leave a couple of unused rolls. “Leave the rest to me,” the clerk said.

Two weeks later the guest received a package at her home. In it were photos of the entire cast of the luau show, personally autographed by each performer. There were also pictures of the parade and fireworks in the theme park, which the desk clerk had taken on her own time.

The guest wrote, telling Disney that never had she received such compassionate service from any business.

Great story,My husband and I are getting that kind of service from you Bev,we really appreciate that.