Don’t Doubt the Power of a Dream 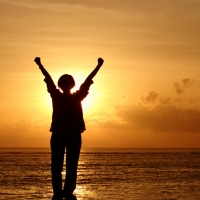 When people share their goals with you, do you help them launch their dreams—or try to bring them back to Earth? In his book The Man Who Listens to Horses (Ballantine), famed horse trainer Monty Roberts tells about the time one of his teachers in high school assigned a paper called “My Goals in Life.” The teacher, Mr. Fowler, was interested only in practical goals—not fantasies about going to Hollywood to become a movie star, and the like. But young Monty had a... [read more] 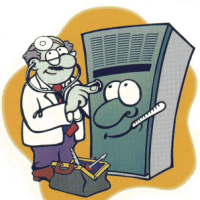 With winter upon us, many of you probably already have your furnace running. If you haven’t turned it on yet, or haven’t done the maintenance yet, here are some quick tips. 1. Turn off the gas and electricity to the furnace. 2. Vacuum the furnace interior everywhere you can reach. 3. Change the air filter. 4. Check the fan belt for wear--glazing, cracking, or fraying. The belt should be taut. Tighten by loosening the attachment bracket and moving the... [read more]

Invention Of The Popsicle

The Popsicle was invented by an 11-year-old who kept it secret for 18 years. The inventor was Frank Epperson who, in 1905, left a mixture of powdered soda and water out on the porch, which contained a stir stick. That night, temperatures in San Francisco reached a record low. When he woke the next morning, he discovered that it had frozen to the stir stick, creating a fruit flavored ice treat that he humbly named the epsicle. Eighteen years later he patented it and called it the... [read more] 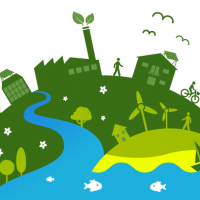 Here’s a quick story to observe World Environment Day and illustrate the difficult balance in managing natural resources. In 1968 Garrett Hardin wrote this article to describe a common grassland in which several farmers allow their cattle to graze. In order to increase individual wealth, it is in the interest of each farmer to enlarge their herd and continue to graze on the same piece of land. But after the threshold of a certain number of cattle is exceeded, the quality of the land... [read more] 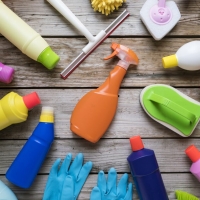 · Steam-clean your microwave. Cut a lemon in half and put it in a microwave-safe dish filled with water. Zap it until the water boils. Let it steam for another minute before opening. The gunk can now be wiped away with less effort. · Speed up dryer time. Throw one clean dry towel in with your wet clothes before starting the dryer. 10-15 minutes later, take it out. The dry towel will absorb some of the excess moisture. · Clean scorched pans. Fill the... [read more]